Okay I’ll say it. This week I lost my virginity to Matt Hale … I mean my hypnosis show virginity at his Bonkers Fringe World show. What a hoot.

I’ve always been a little wary of hypnosis shows. It’s not that I have a disbelief in hypnosis itself, actually as a trained psychologist I am well aware of it’s benefits for things like addiction and weight loss. No it’s more about the “show” elements.

I’ve watched shows on TV and often wondered if the people on stage are just acting. Surely the type of people who’d run on stage are more likely to be down the far end of the extrovert scale. Did I really want to spend my time watching would-be actors, especially when I could go to one of the many other Fringe shows and watch someone who has studied the craft? If I’m honest there’s also a little part of me that worries about laughing at people, not with them during shows of this nature. Worse still, what if I got dragged on stage?

Still, many of my friends had been to see Matt’s show and raved about it and so on a sunny Saturday afternoon I went to the Perth Girls School.

Right from the outset Matt had my attention. Well you could hardly avoid a hyperactive Everyready bunny jumping up and down on stage to the self-titled track Bonkers. A few quick tricks with the audience had us believing he could “control” our actions.

My ability to follow his orders and thereby end up with my right and left arm miles apart without my knowledge, had me worried that I would be picked to go on stage. Thankfully Matt was quick to point out he only worked with volunteers. Phew fear one was not going to be realised.

As people rushed, and I mean rushed, to the stage my second fear seemed to be eventuating. Then Matt went about repositioning the front row of volunteers to the back … clever move.

I don’t want to say too much about what actually happened, but it kind of went like this (photo above). As you can see what resulted was a handful of people who appeared quite happy to be entertaining us. I was pleased to watch Matt remove people who appeared to be “acting”.

Matt Hale’s Bonkers was a great afternoon spent relaxing, forgetting all your worries and having a good old belly laugh. Thanks Matt.

Hope you get to see him.

For more information about Fringe World

Sign up for quarterly marketing, personal branding, other tips and profiles ... it's FREE! 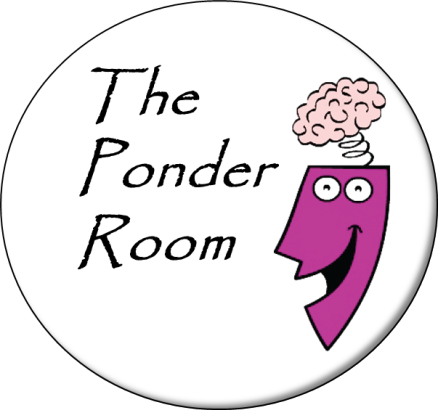 After 30 years' experience hopefully I can help you with something, or give you a giggle
Your information will never be shared or sold to a 3rd party.